Show #10: He Was A Good Actor, Before The Accident 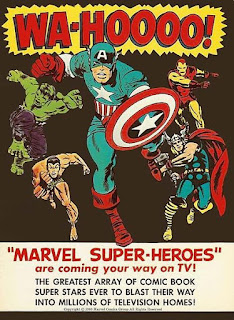 Behold true believers! We aggressively assemble to dish out discussion and dialogue aplenty as we delve deeply into the cosmic core of comics cartoons with the 1966 Marvel Super Heroes! Now, stand back for your own safety!

Man, what is with us and talking for so long about old badly made cartoons?  We should really be riding their asses hard and this time is no exception (up to a point). But just like Birdman the early animated incarnation of the Avengers has wormed its way into our hearts by sheer virtue of tripped out craziness, ham acting and killer theme tunes. Maybe that's the REAL Secret of the Sailor Madness (it's not). Enjoy in small doses, or better yet just listen to the audio. It works quite well! 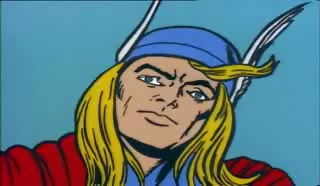 There's Something About Thor

It's Iron Man! It's Big O! Tastes great together!