Show #23: GET ME CHOPPER BACKUP 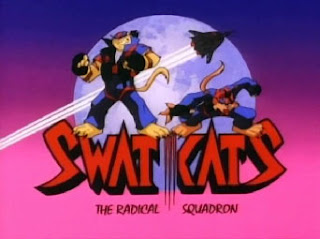 We're feeling the need, the need for speed this week as we jet off with the heroic aces of Hanna Barbera's Swat Kats: The Radical Squadron!

Another show on the roster of The Funtastic World of Hanna Barbera (and unfortunately another cartoon sealed within the Warner Archive Collection), we were a bit apprehensive to return to this concentrated shot of 90s animated action. Our luck holds once again though as Swat Kats arrives loaded with great artistry and animation and some stellar performances from the voice cast. Half-remembered images from your youth can come up trumps once in a while! 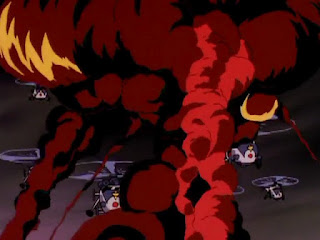 The worst kind of backup. 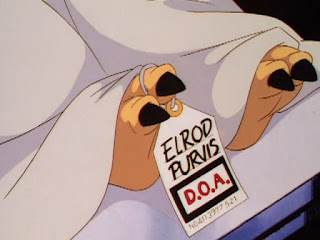 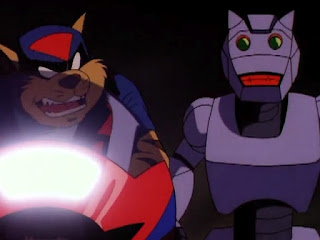 You're alright Cybertron.
Posted by Niall at 11:03