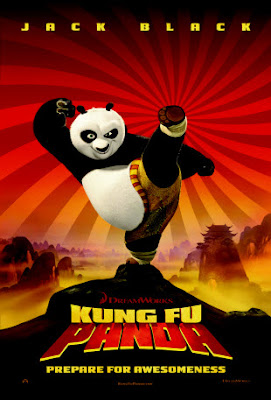 A cartoon combat contender that arrives once a generation, or a decent film that arrives at least once in a while for Dreamworks, it's Kung Fu Panda!

Amidst their barrage of silly talking animal films ol' Dreamworks finally found one that stuck and has since expanded into a host of sequels and spin-offs. Who knew the secret was making a great movie with appeal beyond easy pop culture jokes? References still abound in Kung Fu Panda but of the more sincere variety, translating the archetypes of martial arts cinema for a family friendly audience and delivering punch, panache and a whole lot of pathos in equal measure 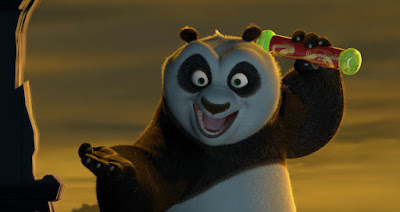 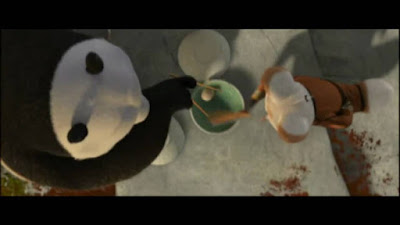 Food fighting
Posted by Niall at 09:55