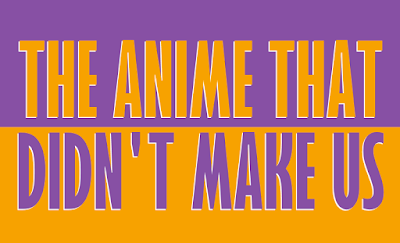 Niall recently took a wander down a hypothetical memory lane with Brian and Anthony over on Dynamite In The Brain as they sampled some anime series that could have been formative experiences in their youth had they ever been released in their parts of the world. Captain Tsubasa cashed in on 80s World Cup fever, Fushigi Yugi whisked us to another world before it was cool and Bonobono innovated children's television with the addition of existential dread. Find out how this experiment in manufactured nostalgia unfolded when you listen up!
Posted by Niall at 21:56