Good thing we have all this extra time on our hands to take in the offerings of a new season, just the distraction we needed! We've got the classic hits on the radio via Listeners, insterspersed with the amatuer DJ stylings of Wave, Listen To Me, while Gal & Dino demonstrate how to adapt to your new living arrangements. My Hero Academia and Pet venture out on their own and we wish them well in their future endeavours. Let's get along! 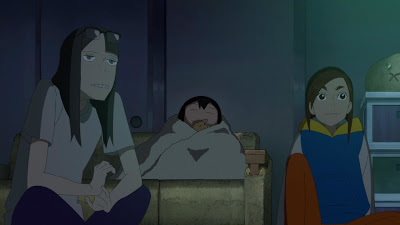 You've read the newspapers so let's not go into it okay? Not mentioned in there though was the fact we recorded a bunch of weekly anime podcasts over the last month which for one reason or another were a bit waylaid coming out of the edit suite. So here's a round-up of what we got and why it may interest you!

Let's Go #143 featured the prompt departure of Welcome To Demon School Iruma-kun, wrapping up a wonderful surprise of a series and leaving us on a dramatic cliffhanger as Iruma's latent darkness manifests in a most terrifying form: A SARCASTIC TEENAGER.

Let's Go #144 played host to many happy returns; not just of Gegege No Kitaro and Detective Conan, but also our laid-back old pal ACCA: 13 Territory Inspection Department, back for a one-off OVA instalment in the land of etiquette, espionage and delicious baked goods.

Let's Go #145 marked the climax of Keep Your Hands Off Eizouken, the anime about making anime but more importantly about the memories & friendships you make with it. Lucky it came out at the start of the year as it may have a clear run at Best Of 2020 at this rate.

Let's Go # 146 then had us sweeping out the remnants of Winter 2020, such as the pleasantly unexpected In/Spectre, while also bearing witness to the end of an era as Kitaro departs after two years on the air and leaves a yokai-sized hole in our weekly routine.

When next we meet it'll be a torrent of new arrivals that will swiftly reduce to a trickle as current events bite into animation production much as they have everything else on the planet. Til then hunker in your bunker and don't forget to listen up! 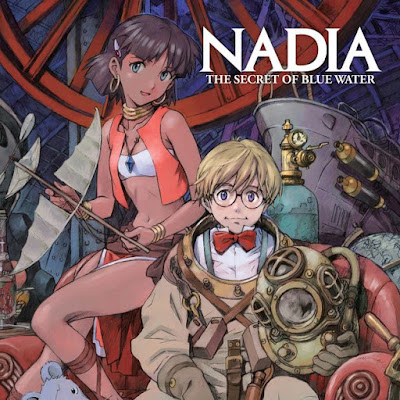 Everybody knows Hideaki Anno from Neon Genesis Evangelion and how he used that show as an outlet for some of his personal problems, but what the hell happened to his mind that produced that vivid tableau of grief and depression? Enter Nadia, an outwardly bright and cheerful anime that may have since been unfairly mired in the issues surrounding it rather than appreciated for the contents themselves. A popular property in its heyday, does The Secret Of Blue Water and its Jules Verne-inspired adventures have anything to offer a modern audience 30 years later beyond behind-the-scenes gossip? Ancient civilisations, wondrous technology and obligatory Gainax bounce await alongside the usual tangents as well as our Post-Podcast Repaste. Prepare to surface!