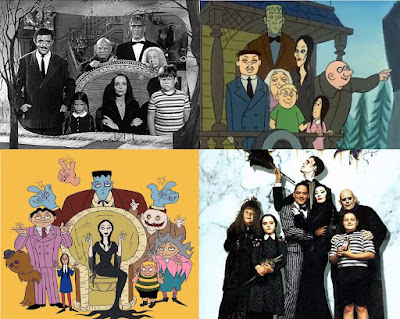 It's a monster sized edition of Drawn Or Alive as four seperate branches of The Addams Family jostle for rightful inheritance to their creator's legacy! The first live-action adaptation from 1964, and the first screen version to boot, dances a deadly tango with Hanna Barbera's 1973 effort, the dearly beloved movie from 1991 and the second go from ol' HB inspired by that same movie in 1992. It's a family feud like no other; they may all be Addams, but only one gets the seat at the head of the table!